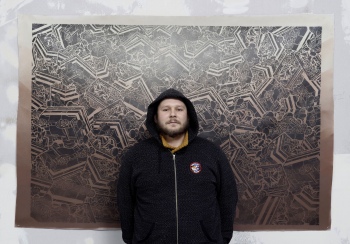 Born in 1978 in Gdynia, Poland
Lives and works in Gdansk, Poland 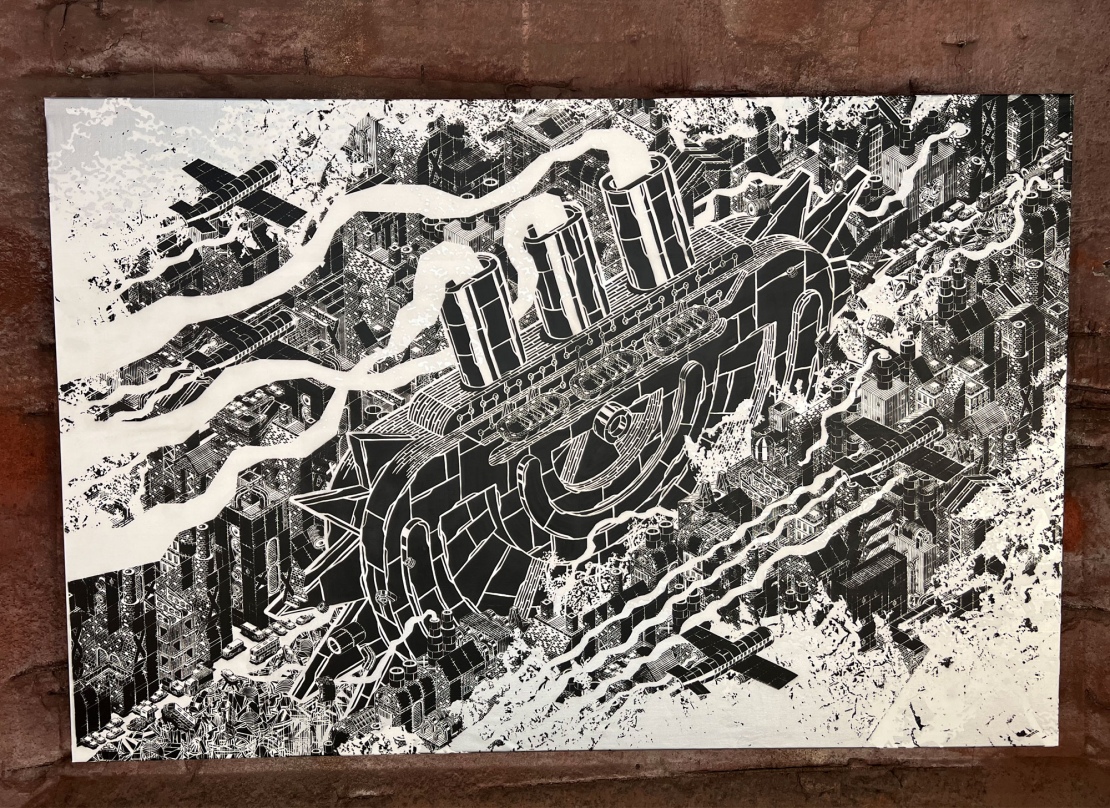 Mariusz Waras, also known as M-City, works with stencils in a special modular system. His pictures, which are often cityscapes—which also explains his pseudonym—are basically based on parallel projections that can be infinitely expanded. In doing so, he alternates between micro- and macro-forms, which enables a transformation of the stencil technique, actually a small format, to monumental murals. Waras, who resides in Danzig and grew up in an industrial area overlooking shipyard cranes and factory chimneys, developed early on an intensive relationship to the post-industrial urban. It shapes his world of images. He describes his impressive work Dooms Day III for the Urban Art Biennale 2022 as follows: “A steam-powered transatlantic warship is traversing the city as it would an ocean. It is not coming in friendship; it does not want to stop, it wants to start afresh. Like an aggressive country that wants to invade another one to destroy the infrastructure and culture and kill all the people.” In light of the Russian attack on Ukraine at the end of February 2022, it is not difficult to interpret this statement. The fear that the artist’s homeland, Poland, could become the next target of the Russian president Putin, is very present in the society.