Born in 1980 in Le Mans, France
Lives and Works in Strasbourg, France 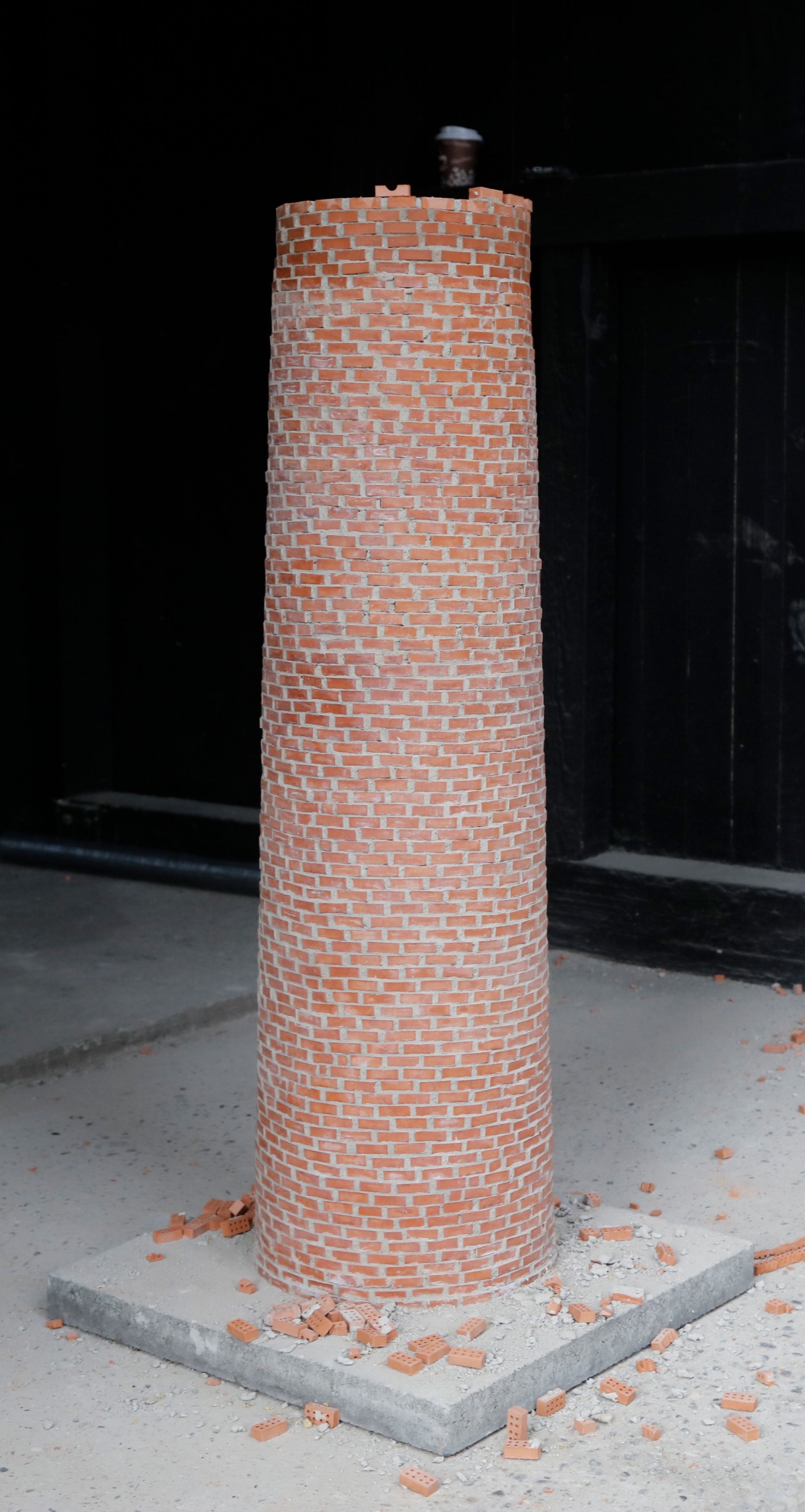 In La fumée ["Smoke"], as is often the case in Mathieu Tremblin's extraordinarily eclectic, conceptually oriented street art, the artist merges location, formalism, and socio-political commentary. The brick chimney in miniature is modeled after the huge smokestack of the blast furnaces of the Völklinger Hütte World Heritage Site. At the top of the miniature chimney, whence smoke should rise, smoke does rise—but not quite as anticipated and only when the intended interaction with the visitors takes place. Those who look closely will recognize, at the top of the smokestack, small notches like those familiar from ashtrays. And with them, the shared act of "smoking" to which the artist winkingly refers takes on a social and political dimension. "Within the context of the 'Uber-ization' of employment relationships, the cigarette break seems to be the last shared moment together that workers have left to talk about their alienated situation," says Tremblin. Therefore, and as is appropriate, the sculpture stands inside a shelter that was formerly used by the Völklinger Hütte steelworkers for smoking breaks. 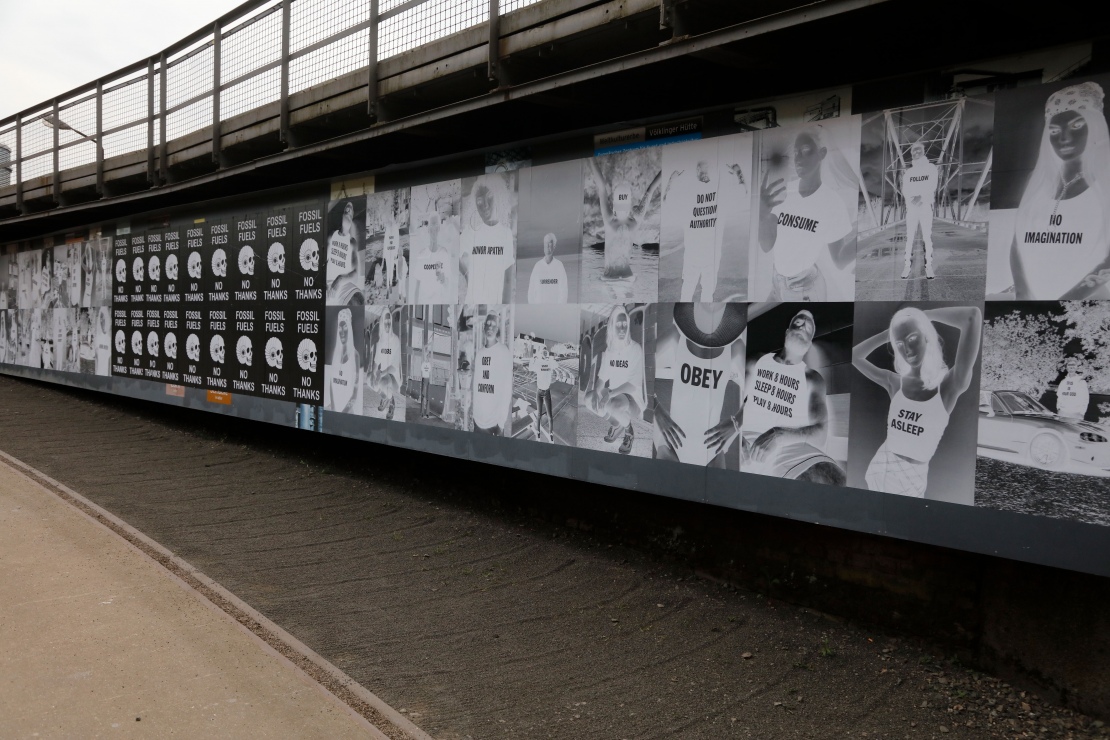 The Strasbourg-based artist Mathieu Tremblin can be described, without exaggeration, as a master of urban conceptualism—providing the designation is permitted to encompass playful visuality and, for all the heterogeneity, biting commentary. The creator of Tag Clouds, which went viral on the net, has a penchant for confronting the supposed certainties of the in-scene and society. "French Street-art Artist Finally Makes Graffiti Legible," read Musikexpress's headline in regard to his famous project. With artists like Tremblin, graffiti and street art have entered an era of self-reflection. Tremblin's work Tautological Propaganda adroitly disassembles the fashion-brand trivialization and commercialization of the artwork of the street artist Shepard Fairey, who is internationally renowned above all for his iconic Obama poster. Fairey helped himself to quotes from John Carpenter's capitalism-critical cult film They Live! (1988) when creating a critical image for his Obey campaign, which Fairey then subsequently evolved into his fashion brand, Obey Clothing. Tremblin, also with reference to Carpenter's film, turns his attention to the consumers of Fairey's clothing and, by feeding their social media posts through a 'sunglasses filter,' makes the true capitalist face visible—in this case, that of purchasable urban art styles. 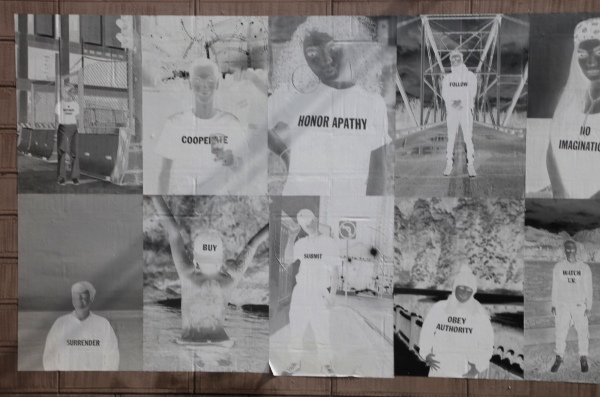