At the present time, the corona regulations in Saarland for visiting museums and galleries have been lifted. Wearing a mask is no longer mandatory. However, visitors to the Völklinger Hütte World Heritage Site can continue to wear a protective mask for their sense of security.

The forced labourers | Place of commemoration at the Völklingen Ironworks 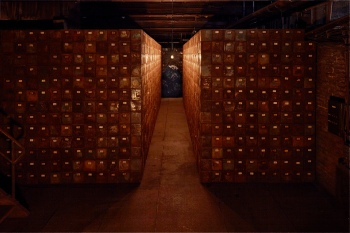 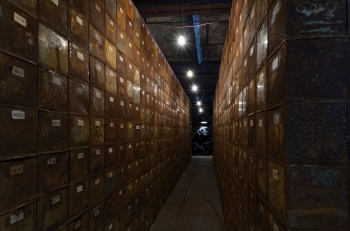 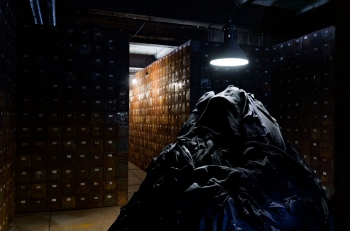 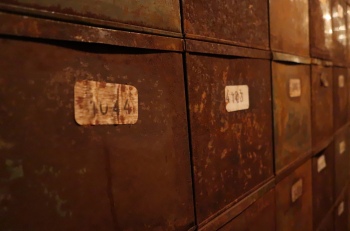 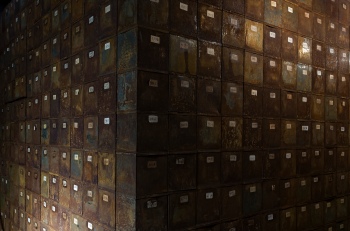 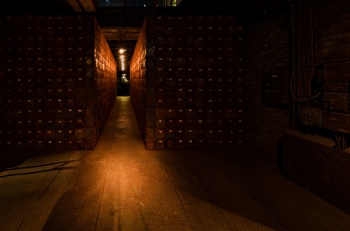 Over the course of the Second World War, 12,393 men, women and children from twenty countries were registered as forced labourers at Völklinger Hütte. Of these, 261 lost their lives, sixty of them children and infants. These people can be encountered between the claustrophobic walls of this archive of memories, with its seemingly endless stacks of archive boxes. Here and there, visitors catch a glimpse of a number, or of black trousers and jackets piled into a mountain of clothes. Meanwhile, the names of the forced labourers are whispered from all corners of the installation, sending shivers down the spine. Boltanski’s installation instantly transports visitors to another world.

The work of the French artist Christian Boltanski centres on the theme of memory. Born in 1944 in German-occupied Paris to a Jewish-Ukrainian father and a Catholic Corsican mother, the memory of the Holocaust has been a defining influence on Boltanski’s life. His own childhood and past, transience, and the human attempt to resist forgetting and being forgotten are among his work’s recurring motifs. Throughout his career, Boltanski has explored the memories embodied by people and things. An originator of the conceptual art movement known as “Spurensicherung” (“Conserving Traces”) 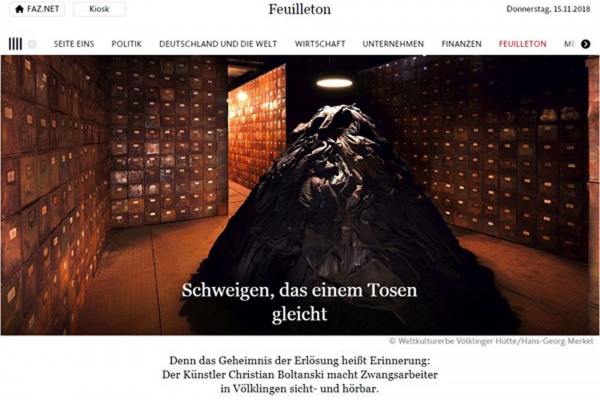